Nia has been named amongst the top three Sexiest Asian Women by an online portal for 3 consecutive years. Read on to know how it impacted her career. 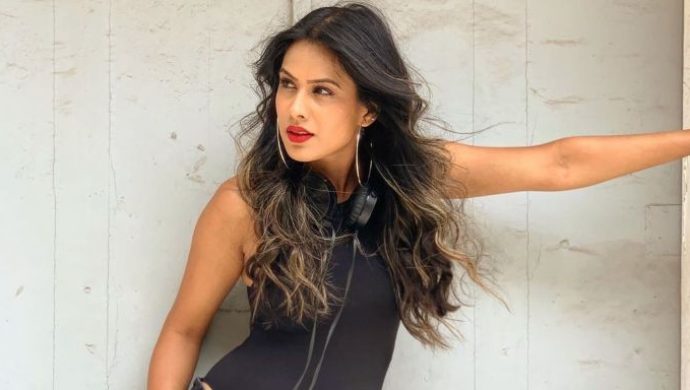 Nia Sharma, who turns 29 on 17 September, has established her sartorial supremacy, one outfit at a time. The actress, known for her performance as Roshni Patel in Zee TV show Jamai Raja, often dominates headlines for her fashion-forward dressing sense. Nia, who returns to the Jamai universe to reprise Roshni the show’s web sequel Jamai 2.0, talks to us exclusively about being named amongst the top three of the Sexiest Asian Woman list, handling trolls, style statement and more.

Q. Your Instagram is a headline-maker on its own. Your bio says, “Extremely ugly..Lacks Fashion sense… Ham.. a wannabe!,” what’s the idea behind that?

Two years ago when I was constantly trolled for every picture or video I was posting, my idea was that before they say or comment or troll me for showing too much or wearing something, I wanted to tell them that yes I know I am ugly at home, and I take my Instagram as a fun activity and their trolls with a pinch of salt. That’s about it. There are no strategies, it is all very organic. A lot of people have told me that you are very funny in real life and your Instagram says otherwise. So I want to break that image.

Q. How has being named in the top three of the Sexiest Asian Women list impacted your career?

That is something very very full of pleasure. I would take it as a turning point in my career. I had been working in the industry before, and then my name was listed in the top three. I still remember that day. Again, it is all my fans who made me, it’s not how sexy or anything you are, but how your fans keep you alive in the market. I have beaten some big names and my fans have voted for me to be in the top three for three consecutive years, from television I have been the one, it is amazing and super cool. The image of a sexy diva and a lot of other things came along. It was very surprising, yes, because I was none of that. I couldn’t even do my makeup but I am so grateful today. It hasn’t impacted my career, though. It didn’t really open any avenues, I was getting work before it happened and even after. But it certainly has put me in a bracket, and that’s about it. Nobody would go on that list, oh Nia Sharma is here, and it would fetch me work, that will not happen. But enjoying the tag is also amusing for me at times.

Q. Your style files are absolutely amazing! Which is the most precious item in your wardrobe?

Every item in my wardrobe is very very dear to me. It may not be a Gucci or a Prada, it is still dear to me because I have bought it. And I am not someone who will not repeat outfits, because if I have paid 3000 bucks for a t-shirt, I will wear it 300 times. It may be repeated on my Instagram, and people may call out but I am not renting out my wardrobe. I go out and buy clothes for myself. I don’t take clothes from a designer always. I pick my clothes and put my look together. It’s okay that designers don’t want to give their clothes, it is fair enough. It has never deterred me, and instead pushed me to think and brainstorm to put together an outfit. Even if I am wearing a basic brand, I’d proudly flaunt it because I will style it in a certain way. My idea is to catch a little attention, put ‘Nia’ in it and dress up the way that’s very much me.

Q. Years ago, you had mentioned that TV actors don’t know how to dress up. How has that changed?

I was misquoted. What I meant was about the perception of how the designers see celebrities in the television industry, like I also mentioned earlier. You cannot categorize me as a TV actor, I am a girl first, you can’t just put me in a bracket and then comment. I am so glad girls from my industry are dressing up crazy and going all out. My only thing is that I don’t want to repeat what somebody has already worn. I follow models from abroad and keep taking inspiration from them. I think Mouni Roy’s style is bang on!

Watch the trailer of Jamai 2.0 here:

What are your thoughts about Nia’s style statement? Tell us in the comments box below and also leave a birthday wish for the actress.

In the meantime, watch Akshay Kumar’s 2016 film Rustom on ZEE5, based on the Nanavati scandal.

Fyaar Or Pyaar - What Will Rumi Choose? Click To Watch 2018 Blockbuster Manmarziyaan On ZEE5 Now

PM Modi's 69th Birthday: A Look At The Most Admired Indian's Knighthood Collection

Basu Chatterjee: A Tribute To The Filmmaker Who Told Stories About The Common Man