In tonight's episode, we see Manmohan, Helen, and Vibhuti insulting Bhoorey Lal in front of Saxena Ji and Chacha. Find out the details inside. 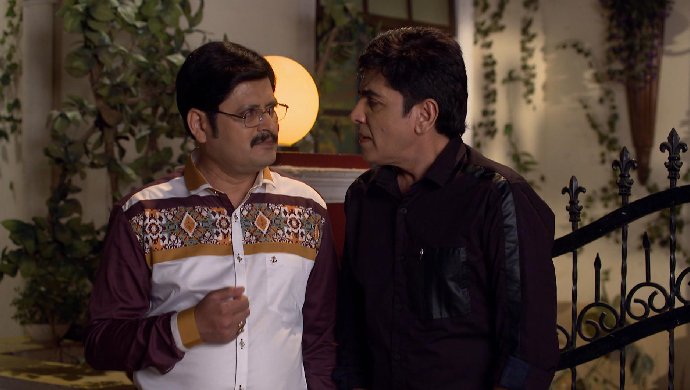 In tonight’s episode of Bhabi Ji Ghar Par Hain, we see Angoori insulting Vibhuti’s mother. Vibhuti asks his mother to relax and take it easy. He then tells her that there’s a competition going on in Model Colony which has forced Angoori to be rude. Vibhuti reveals that the winner gets Rs. 25 lakh. Once Vibhuti and his mother go inside, Angoori apologises for her misbehavior. Meanwhile, Angoori is pleasantly surprised by seeing Bhoorey Lal at her home. She asks him why he didn’t call her before coming. Just then, Manmohan enters and asks Bhoorey Lal about the progress that he has made with Vibhuti’s mother. Bhoorey Lal tells him to arrange a couple of drinks.

After a while, Vibhuti’s mother insults Bhoorey Lal after she notices Saxena Ji and Chacha looking at her. Saxena Ji finds Helen’s insults funny. On the other hand, Bhoorey Lal is taken aback by the same. Later, Manmohan also humiliates Bhoorey Lal and asks the latter to leave. Saxena Ji mumbles that he likes it. Bhoorey Lal finishes his drink and leaves. At Manmohan’s house, we see Agarwal apologising to Manmohan for misbehaving with the latter. Angoori goes in to get tea and snacks for them.

What madness is about to unfold next? Watch Bhabi Ji Ghar Par Hain exclusively on ZEE5 to find out.