In tonight's episode, the doctor tells everyone that Vibhuti won't be able to dance again but Anita motivates him to dance. 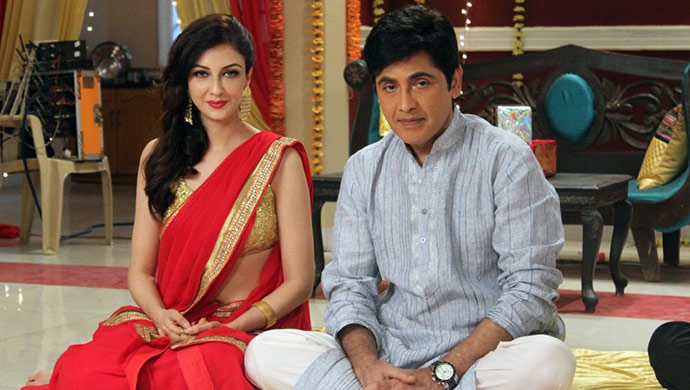 In the previous episode of Bhabi Ji Ghar Par Hain, Amma scolds Manmohan and tells him that if he doesn’t allow Angoori to join the group then she will remove his name from her property. Next day, Anita tries to hide the fact that Vibhuti has become a street dancer but soon Manmohan comes there and reveals the truth. Manmohan meets Master and makes him an offers that if he breaks Vibhuti’s legs then he will pay him 40,000 rupees. Having no option left, the Master accepts the offer.

In tonight’s episode, the Master comes to Vibhuti and hits his legs with a wooden stick. Tilu, Tika and Malkhan run to stop him but it is already too late. The doctor tells everyone that Vibhuti won’t be able to walk ever again. Meanwhile, Manmohan tells Anita that he made sure that Vibhuti won’t dance again by breaking his legs.

Hearing this, Anita gets angry on Manmohan for doing this. Manmohan too realises his mistake and feels guilty about it. Later, Prem comes home and sees Vibhuti on a wheelchair. He says that one of his foreigner friends wanted Vibhuti to perform in London. 3 months later, Anita plans to motivate Vibhuti by dancing on a pop song the way he did. Finally, Vibhuti gets motivated and stands on his feet.

A few days later, Vibhuti and his dancing group perform in front of the Prem’s friend, Mr Zempa. After watching Vibhuti’s performance, Mr Zempa says that if he shows this dance to the audience in their country then they might beat him. He immediately rejects the idea and leaves the place.

In the next episode, Anita sees a car in the colony which reminds her of a person who murdered a person.