Beni wants to destroy Happu's happy marriage, but would Rajjo fall in his trap? Read on to find out! 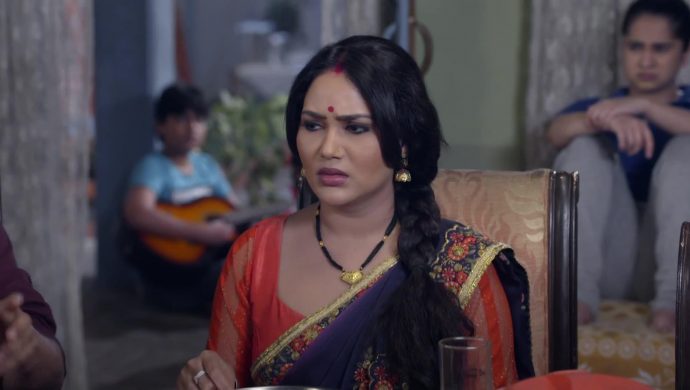 In today’s episode of the show Happu Ki Ultan Paltan we will see how Happu’s friend Beni comes in a disguise in their home. He wears a huge beard and attacks Happu, he slaps Happu twice and blames him for having an affair with his wife. Everyone is present during this scenario and Happu’s children are as shocked as his mother and wife. They try to stop the man from hitting Happu but he asks them what should he do!

He goes on to say his wife calls Happu late at night and Rajjo realises that this could be true. Beni who is hiding under the disguise then walks away sensing his work is done but stays back to eavesdrop their conversation. Later, Rajjo is upset and Happu tries to make her understand that he is not having an affair.

Meanwhile, Happu’s children support him. Later, Kamlesh asks Kate and Malaika that who’s side they are on as when Happu divorces Rajjo, who would they stay with. They both get distressed thinking about the same! Meanwhile, Happu tells the story to Beni and his friend promises to be with him in a tough time.

What do you think will happen next?