Commenting on the UN's International Women's Day 2020 theme #EachForEqual, Madhumita Sarcar and Abhishek Singh shared their views in an interview! 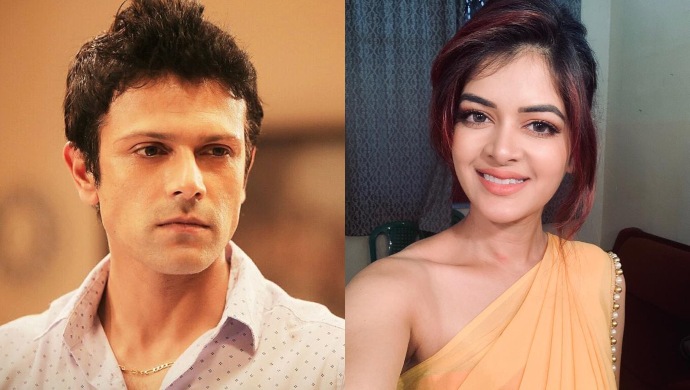 Treading on the road not taken very often, the ZEE5 Original crime thriller series Judgement Day responsibly dares to address the most sensitive and rampant issue of rape in India. The series stars Madhumita Sarcar as Hiya Mitra, a free-spirited rockstar who gets raped on her first day in Kolkata. Her sister Diya Mitra, essayed by Sohini Sarkar, studies law and fight for Hiya. In her support is Abhishek Singh who plays ACP Javed Khan, an investigating officer who leaves no stone unturned to arrest the rapists. In an exclusive interview with ZEE5, based on the United Nation’s theme for Women’s Day 2020,i.e., “I Am Generation Equality: Realizing Women’s Rights”, actors Madhumita Sircar and Abhishek Singh spoke their brilliant minds out:

Eyes are the cleanest mirrors of all. They will tell you when to rise and where to fall😜

1. What are your views on celebrating International Women’s Day?

I don’t believe in women’s day or men’s day. All the days are for everyone. One day appreciation for us won’t help. I never post a picture on women’s day or mother’s day. We don’t want to be wished women’s day openly and then be raped if we’re alone somewhere at night. Respect for women has to come from within an individual.

2. You work as an actor in the film and television industry. Do you see gender equality being practised?

Not at all! I feel very weird when restrictions are put by people saying, “You are a woman, you shouldn’t do this or that”. They are treated as weak and inferior. In the web medium, things are considerably different, because I never faced discrimination here. I studied in a co-ed school and always grew up believing that there is no difference between a girl and a boy!

3. How do you think women are generally looked at or treated?

Curfews and restrictions are placed only on women, not on men. In fact, they pass comments like, “Why are you jittery? Or, you’re feeling agitated, are you chumming or what?” Women are looked down upon. People don’t have the social awareness and sex education in treating a woman. They don’t know what’s consent and what’s humanity!

4. What changes can be brought in order to realize women’s rights all around?

See, if you try now, changes will be seen happening only after 10 years or so! And women have always been the bricks of any development. They’ve been making a difference since ages! We just want people to treat us normally as human. We don’t want to get used to their stares and taboos. The most important change has to come from within an individual. Sex education and social awareness need to spread in the Indian subcontinent!

1. What do you think about the need to observe a separate day as Women’s Day?

I don’t believe in a special day for women, but its important to highlight the issues faced by the gender. But, what’s most important to practise every day as women’s day. Any betterment can be brought only by exercising values, as we learn in martial arts!

2. Working in the entertainment industry, have you seen it being unfair for women?

See, equality is a very misunderstood term. Men and women are biologically and emotionally different beings. In terms of pay parity, yes I feel that a female should be paid the exact same amount as the male lead. I personally am unaware or haven’t witnessed that aspect.

3. In terms of realising women’s rights, how should the steps be taken and by whom?

The movements start at home! It starts from childhood in our schools and education systems. Everyone should be thought to respect everyone’s rights. And then it just becomes a way of life! The main thing is to spread quality education.

4. If you were to point out the problem or the root of gender inequality in society?

We’re creatures of habit and we’ve been stuck in the rut of our ancestors’ thinking. We cannot be applying the same principles of the 16th or 17th century. The problem comes from there. We’ve broken into a modern world and we need to teach ourselves better.

5. How do you contribute to bringing a change in society and respecting women?

We as new age people bring a change through our professions and whatever little people listen to us! Slowly we’ll get there. But in places like Bihar and Haryana, women are still treated badly. With the advent of media, people are getting more aware. If a person like an actor or a politician can influence change, we must do our part!

On Women’s Day, watch the journey of Sensitive Preeta from the Zee TV show Kundali Bhagya!

Watch 'The Chargesheet: Innocent or Guilty?', a ZEE5 Original series

7 Behind-The-Scenes Pictures Of Ek Mahanayak Dr. B. R. Ambedkar That You Shouldn't Miss