This December, Alan Walker of 'Faded' fame will be on a three city tour of India with Sunburn, grab your tickets or watch it streaming live on ZEE5. 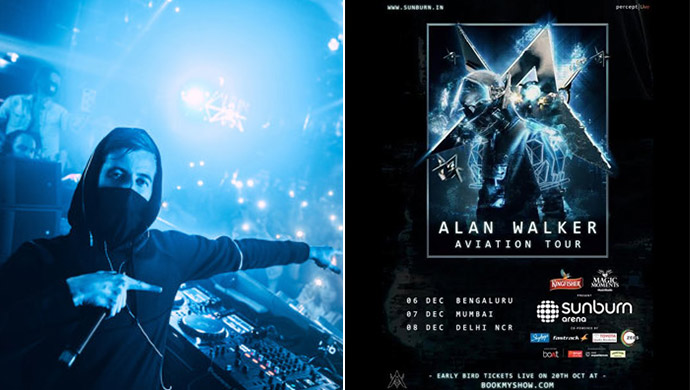 It’s that time of the year again! You know what we mean. It’s time for Asia’s largest music festival, Sunburn. They are doing what they do best by bringing the most popular acts across the world to your city. The Sunburn Arena concerts this year have already seen performances by EDM and Hip-Hop artists like Wiz Khalifa and Yellow Claw.

Alan Walker, whose song Faded released in 2015, continues to be a hot club track. His song ‘On My Way’ is also used in the mobile game PUBG. After headlining Sunburn 2018, Alan Walker returns to India with his latest tour named the ‘Aviation Tour’ This eccentric DJ wears a mask during all his performances. Seeing that he will be touring Mumbai, Bengaluru and specially Delhi,  that might make actually have practical use too. Grab the early bird tickets now before the sell out or watch the concert streaming live on ZEE5.

You can also participate in the Sunburn 2019 contest here.

Catch a glimpse of the acts performing at this years Sunburn Music festival in Goa.

Watch this space for the Phase 2 line-up for Sunburn 2019 along with interviews and behind the scene footage from the live shows.