In the next episode, Kalyani will get to know that she has Rachit's child in her womb and not Malhar's. What will happen next? 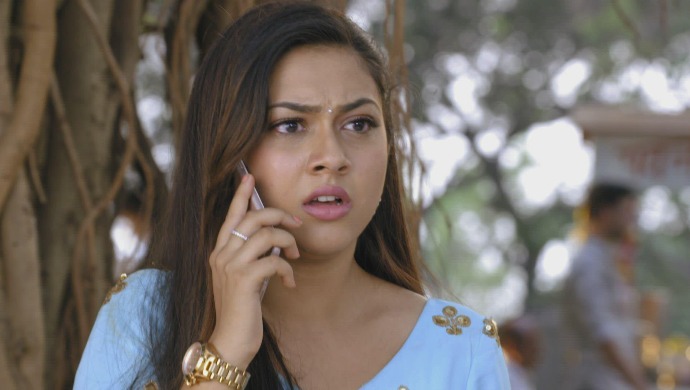 In tonight’s episode of Tujhse Hai Raabta, Kalyani overhears Malti telling the nurse that despite being unwell she wants to do the surrogacy as she needs money. Kalyani tries her level best to stop the surrogacy and gets herself admitted in place of Malti. The doctor finishes the IVF procedure and gets happy thinking that she will give birth to Malhar’s child.

Kalyani gets happy thinking that her mother Anupriya and Malhar will get happy knowing that she is pregnant. She rushes to meet her mother thinking that she must have been jailed. Kalyani and Atharva reach court and sees Anupriya and Malhar. Kalyani keeps questioning Anupriya and gets to know that she is upset. Anupriya tells Malhar and Kalyani to get married again. Kalyani suddenly sees handcuffs in Anupriya’s hands and gets shocked. Aau Saheb tells Kalyani that Malhar was unable to save her mother and now she will be in custody. Aau Saheb says that Malhar was unsuccessful in getting Ahir to the court. Anupriya takes Malhar’s side and says that he tried his level best to save her.

Kalyani tells Anupriya to sign on the adoption papers and reminds her of how she adopted her when she was a child. She tells Anupriya that she wants to adopt her mother so that they can stay together forever.

In the next episode, Kalyani breaks down seeing her mother in pain. Suddenly, she gets a call from an unknown number and recognizes the voice. She gets shocked hearing Rachit’s voice who tells her to go and tell Malhar that she is bearing his child.

To find out, keep watching all the episodes of Tujhse Hai Raabta streaming on ZEE5!