Who’s Your Daddy Trailer: Harsh Beniwal And Rahul Dev’s ‘How I Met Your Mother’ Quest!

ZEE5's #WhosYourDaddy with Harsh Beniwal and Rahul Dev promises to be a funny dramedy along the lines of 'How I Met Your Mother... and father too'. 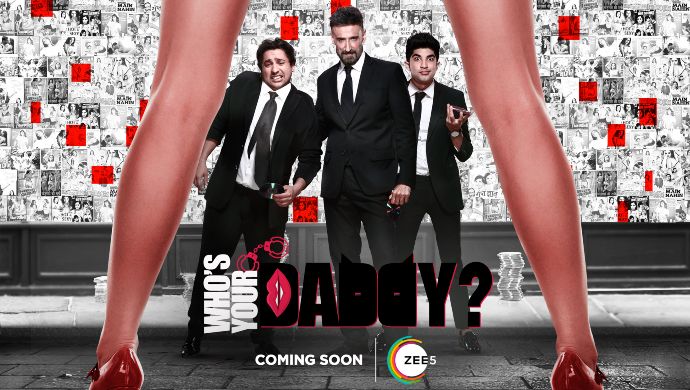 Watch the trailer for Who’s Your Daddy here.

When the eyes of Soggy’s female clientele fall on Prem Singh, they demand to get all their DVDs delivered to their homes by Prem Singh. While the character played by Anweshi Jain and Kasturi Banerjee have their eyes on Prem Singh, Soggy’s heart is set on Mehek (Divinaa Thakur). But because of the nature of his job, he is involved with more than one woman.

In the hilarity that follows, Tidda ends getting confused about not only who is his real mother but who is really his father too. Who’s Your Daddy is Rahul Dev’s second project with ZEE5 after the recently released Operation Parindey.

You can also watch Kasturi Banerjee in the latest episodes of Kundali Bhagya on ZEE5.

Get all the live updates on Coronavirus on ZEE5 News Section.

Kunal Kumar: Amit Sadh And I Reunite After 20 Years In Operation Parindey